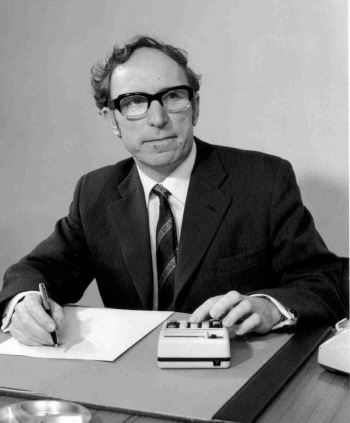 The founding fathers of STL showed immense foresight when they established within their new laboratories in Enfield both electronics engineering and materials research. The Progress Way labs were divided into two almost equal areas, the one given over to engineering and valve development and the second, the “Chemi-Lab” looking into any and every aspect of materials.

It can be argued that these materials researches enabled the company later to exploit the ideas of both Alec Reeves in pcm and Charles Kao and George Hockham in optic fibres.

To our mind one of the unsung heroes of the Chemi-Lab was Doctor Joe Evans. Joe joined STL in 1951 at a time when transistors were in their infancy and was involved in the development of germanium, silicon and other likely semiconductor materials for this purpose. He was eventually appointed to the position of Director of the Materials and Components Laboratory in 1971, a post which he held until his early death in 1981 at the age of 56.

Joe was known both inside and outside the company for his intellect and humour and also for his personal concern when dealing with human problems. In 2002 Professor Jun-ichi Nishizawa, one of Japan’s foremost materials scientists, in his biography filmed for television chose to visit STL to pay homage to Joe Evans who he had dealt with extensively in the 1960’s and 70’s and whose ashes are scattered in the gardens of the visitors dining room at The Labs.

The Joe Evans Memorial Award was created in 1982 and the first recipient was Rudolf Heinecke for his contribution to surface treatment technology. 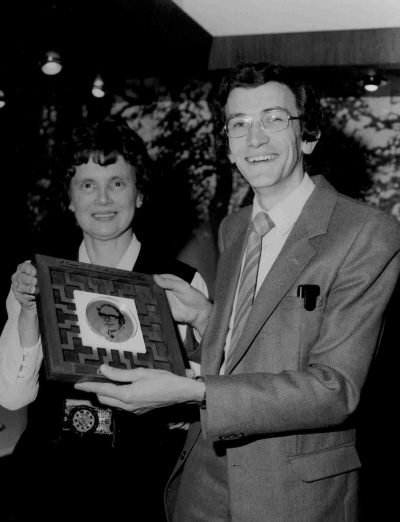 In 1983 Ian Vance was given the award for his work on radio architecture in relation to radio paging. Other names on the early Roll of Honour are P. F. Blomley, W. A. Crossland and P. D. Scovell.

After this the trail goes cold. The last mention we can find is when Dr. G. H. B. Thompson received it in 1994 for his contributions, over twenty-five years, that had had a major influence on the development of semiconductor optoelectronics resulting in world leading system results in high capacity transmission. 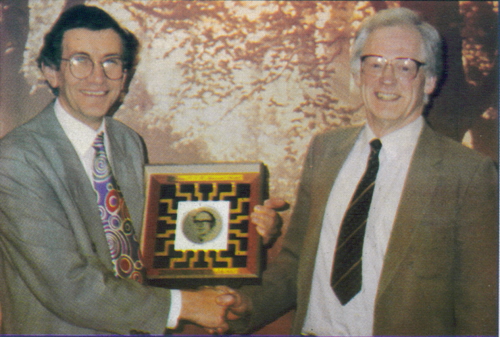 Any further recollections of Joe Evans, the award or its recipients would be gratefully received. Please use the Forum