Once again, the STL Quarter Century Club annual dinner, the fifty seventh, provided an opportunity for about 142 of us to collect together, meet old friends and colleagues and talk about the days when Harlow was the technology centre of the country.

A most enjoyable evening for all of us who could be there, touched with sadness for the few who could no longer make the event.

This year was the 2nd year organised by the new management team, led by Ian Vance, who must all be thanked for their sterling efforts, and as Ian told us he is incapable of organising his own expenses, we all known who did all the real work!

The event took place for the third time at the Bishops Stortford High School. The excellent catering was also, as last year, provided by Catherine’s Cottage Cuisine, who should also be thanked for their efforts.

Brian Edwards organised a group of Young Rotarians to act as car park marshals, and so another thank-you to everyone concerned.

After dinner, Ian welcomed the members, and thanked everyone who had helped organise the event and ensure a good time was had by all. Andrew Macpherson took photographs which can be seen on the Web-link HERE that give some flavour of the festivities.

The slides on show during the evening may be viewed at the following link.
Ian Vance thanked Ian McClymont for co-ordinating the display and proposed a toast to the labs and in particular the work that went on in the radio & wireless fields. Peter Blair responded with his own memories of the times.

Fred Howett was thanked for all his work during the past year in maintaining the web site and the “Working Group” for their inputs, in particular to David Learmonth for sourcing the wine – an assignment which required much tasting! Claire Matthews was presented with a splendid bouquet of flowers for her tireless work in supporting the organisation of the event.

For their support o the evening both Maureen Ivory and Lynda Compton were thanked for maintaining a regular flow of wine. Also, Vi Maile, Heather Porter & Janet Sexton were thanked for running the raffle, which raised a massive £522 – the largest amount yet. The raffle is essential in order to maintain an affordable price for the evening.

Not able to attend because of ill health, but in our thoughts was Sadie Hughes

I am sure we can all look forward to future events in the years to come, even if the number of new true “Quarter Centurions” is now going to decline somewhat.

Being a “Quality” conscious organisation (or should I say “Excellence!” for those with a long memory) feedback forms were provided on the evening, and the team would be very pleased to hear from anyone with suggestions of how the event could be improved in the future and in particular any ideas on themes for the evening.

A few photographs of the evening can be seen below. 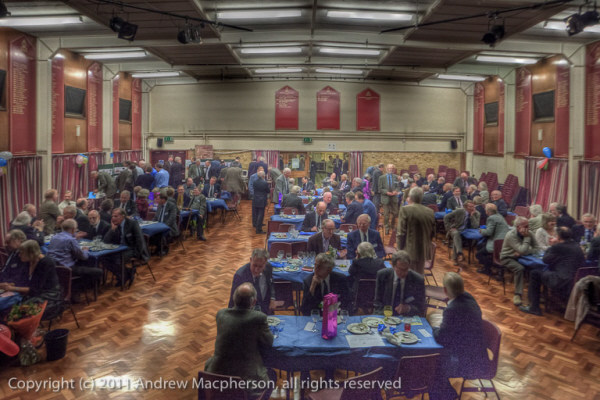 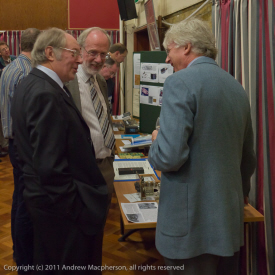 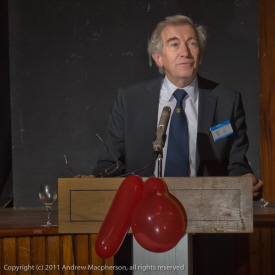 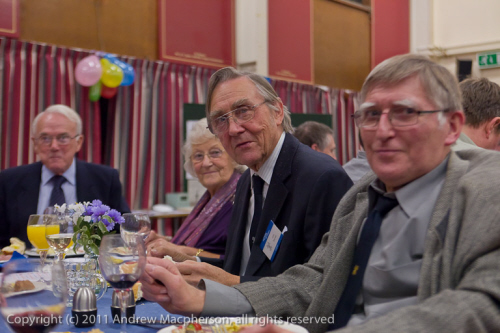 As some of you may recall, Andrew MacPhersen took many photos at the annual dinner,

and has kindly made these available for members to view (and download) .