Do you find it incredible that the Quarter Century Club Dinner held on Friday 30th. October at the Bishop’s Stortford Boys High School was the fifty-fifth dinner held, the first one having taken place on the 15th. August 1955 in the East Ham Town Hall. To think that we are still holding the dinners with some of the original traditions; however in recent years the functions have become more relaxed but the enjoyment continues.

It is interesting looking back as, since the STL Chapter and the Components Chapter went their separate ways in 1986, the STL Chapter has celebrated many anniversaries. One hundred years of radio (Marconi), lighthouses, crystals, computers, D-Day and many more. One topic which we have now celebrated twice is the invention of fibre optics. In 2006 we had Charlie Kao with us and this year we were able to mark his being awarded the Nobel Prize.

We had a most enjoyable evening in a new venue using new caterers and ending up with a new President, Vice President and Secretary. From reports received everyone seems to have had a very good evening and we can now look to the event going from strength to strength.

The retiring President, Brian Edwards, was pleased to be able to welcome special guest Wendy Collins, daughter of Leonard Lewin who was Manager of the Microwave Laboratory in Enfield and the early days in Harlow, and George and Mary Hockham. There were also several new members present for the first time.

Gordon Harris, replying on behalf of the members, was able to tell everyone of the award of the MBE to Gordon Henshall.

It was the day before Halloween when ones mind turns to “trick or treat” but there was one trick that many missed when as the caterers were bringing in a four tier trolley carrying the dinner plates it collapsed sending the contents all over the entrance hall – and not one plate was broken!

Members were able to see displays of Richard Epworth’s collection of optical fibre memorabilia and early STL documents and reports from the archives. Also available was a folder on the history of Ptarmigan prepared by Peter Bourne on the occasion of the system being taken out of service by the UK Armed Forces after a distinguished career. They were also able to watch a DVD of clips of STL activities dating back to 1966 whilst eating their meal. Brian Edwards mentioned that with Nortel closing down its activities on the London Road site – “the Labs” – the archive collection had been found good homes with the IET in Savoy Place and in the Museum of Technology in Hemel Hempstead (www.museumoftechnology.co.uk).

The President completed his duties by presenting the crown to the new President, Ian Vance, who with Gordon Henshall (Vice President) and Claire Matthews (Secretary) will form the new committee and assured all present that they were being left in capable hands.

Brian Edwards, Gordon Harris and I would like to thank you for all the very nice things that you have said to us on our retirement. Needless to say we shall be looking forward to attending next year’s function and meeting everyone again. I’m sure that you will not then be sent to Bishop’s Stortford Police Station unless there is just cause! 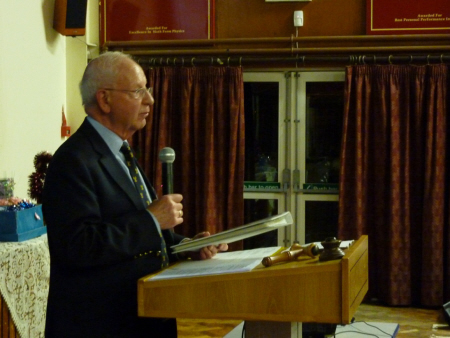 Brian Edwards making his last speech as President of the Chapter 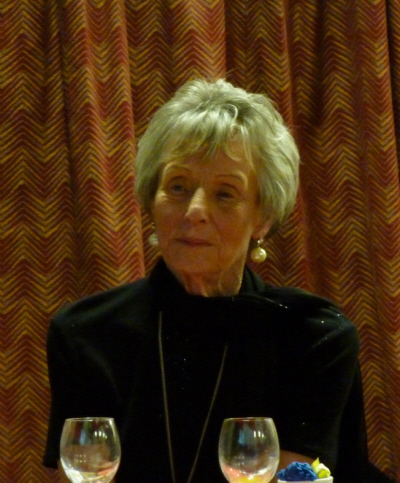 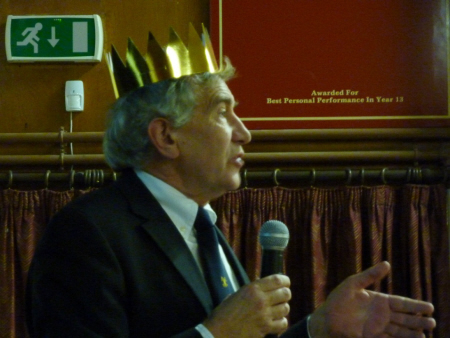 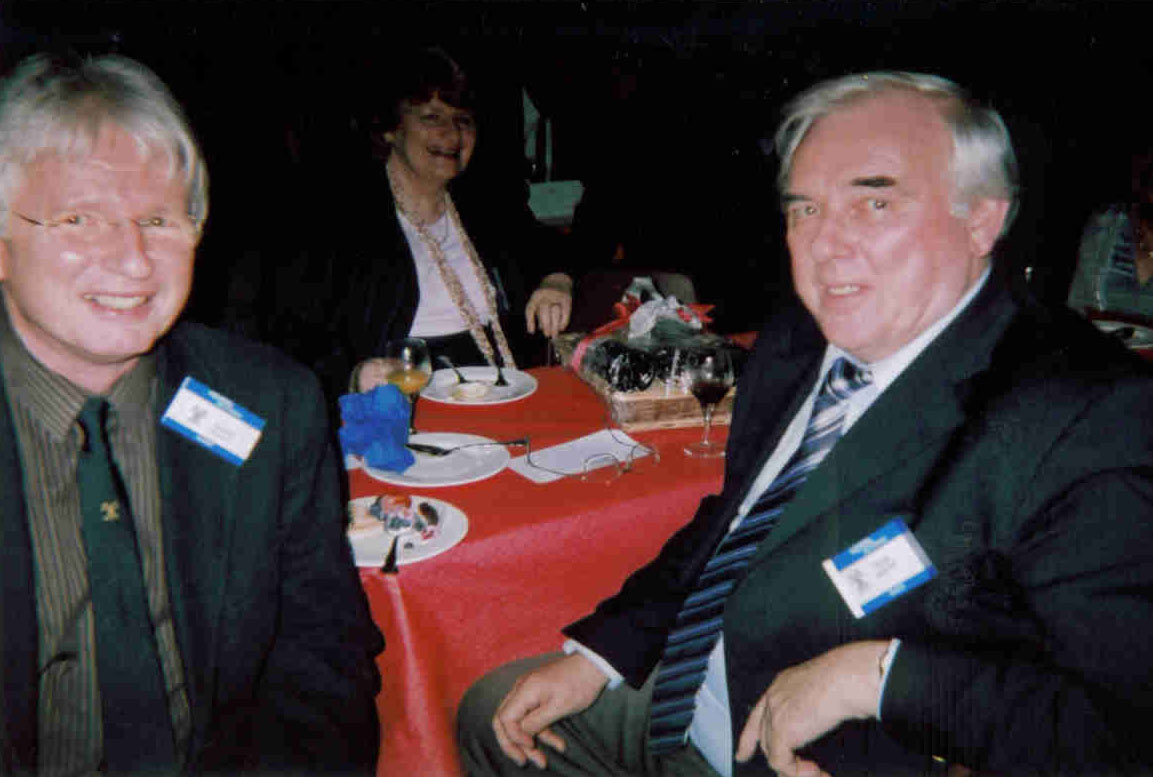 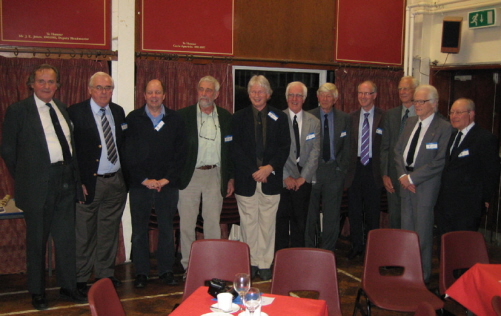 Members of the fibre optics group 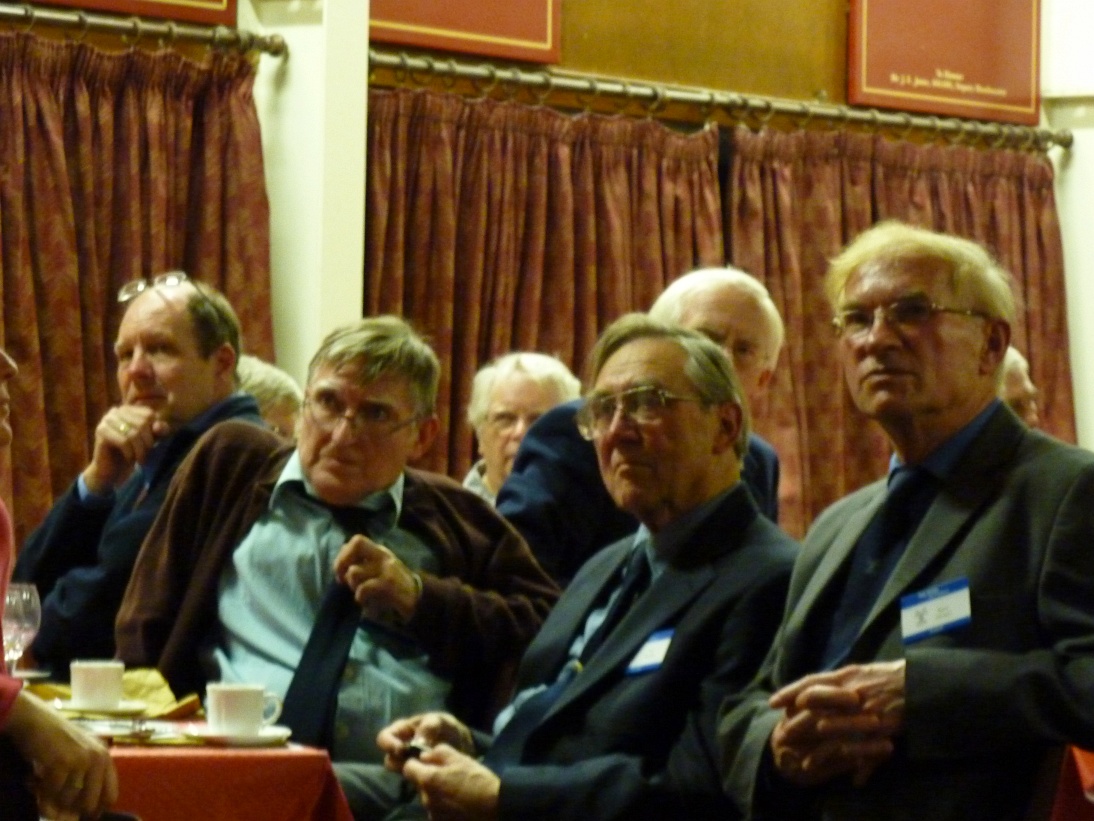 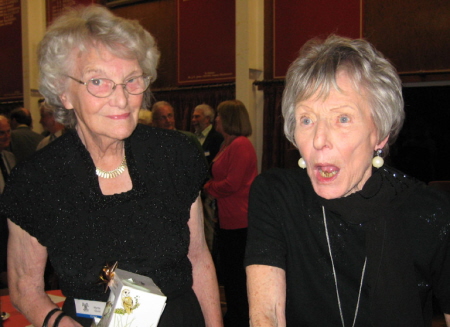 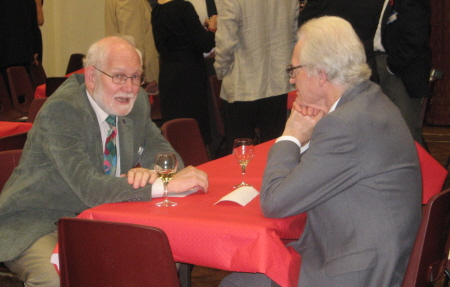 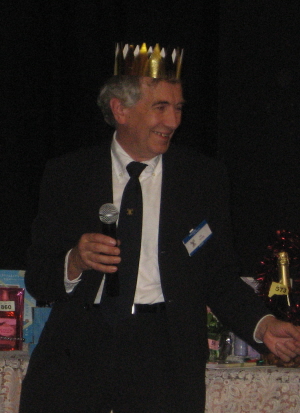 As some of you may recall, David Wright took many photos at the annual dinner.

He has made a selection of these available for members to view (and download) .