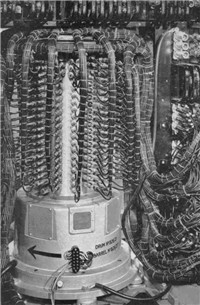 Memories of Joe Evans – Some thoughts from Vi Maile.

STL and Bletchley Park – STL’s involvement in the Bombe rebuild.

Company Milestones ,  a Brief History of STC – Compiled by members of the QCC ’95.

STL and ITT in the 60s and later – some personal recollections from Colin Marr.

A collection of company ties

Computer Memories – A collection of members recollections of their early involvement with computers.

Radio Memories – A collection of members recollections of their involvement in the field of radio.

LCDs and STL – A presentation of the range of innovations, activities, milestones, and subsequent developments emanating from Harlow as shown at the 2015 QCC Meeting.