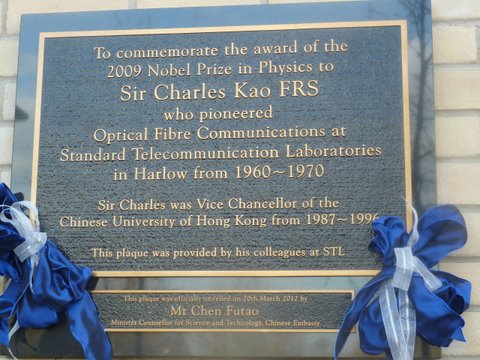 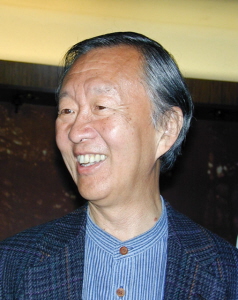 The 2009 Nobel Prize for Physics was awarded to Charles Kuen Kao for groundbreaking achievements concerning the transmission of light in fibres for optical communication. He was awarded half the prize, and the remainder was shared with two other scientists, Willard S Boyle and George E Smith, for their invention of an imaging semiconductor circuit – the CCD sensor.

His pioneering work was conducted at Standard Telecommunications Laboratories (STL) in Harlow, England, the research centre of Standard Telephones and Cables (STC). The results were first presented by Kao at an IEE meeting in January 1966 in London, and further published in July with his former colleague George Hockham. This study first proposed to use glass fibres to implement optical communication describing the basis of today’s optical fibre communication.

In order that the important pioneering work carried out by Charles Kao and his colleagues at the Harlow Labs not be forgotten, two plaques were provided by the Harlow Civic Society and by his former colleagues. It is a pity that they could not be mounted on the site of the Harlow Labs, but sadly they no longer exist.

The unveiling ceremony of the Blue Plaque took place on Friday, 25th March, 2011 in the Water Garden at Harlow Town centre. The plaque was provided by The Harlow Civic Society and was unveiled by MP Robert Halfon. 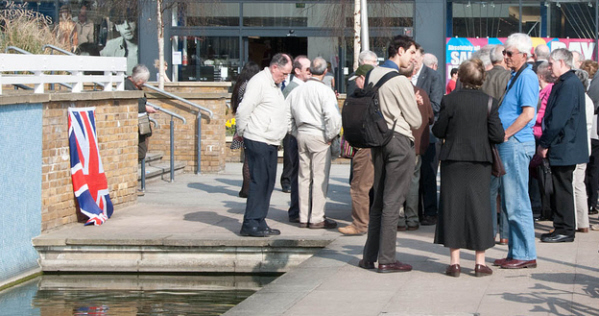 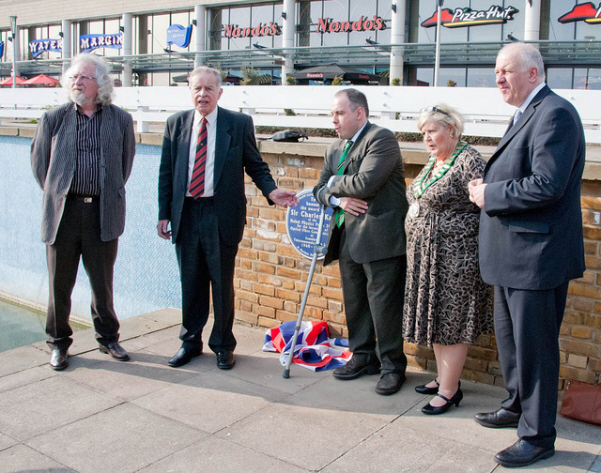 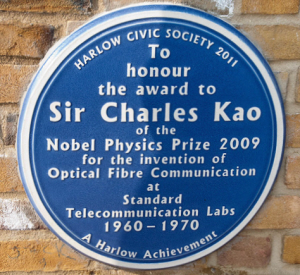 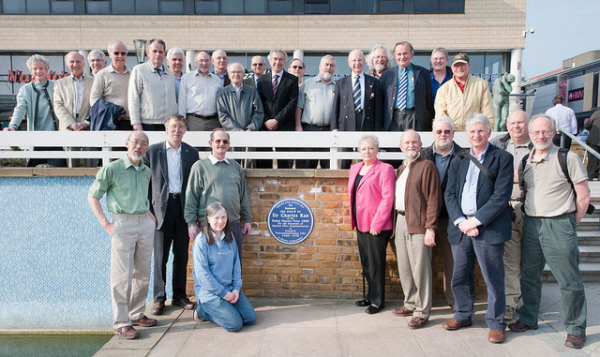 Many of Charles’ former colleagues from STL days were present at the ceremony.

A bronze plaque to Charlie Kao for his work leading to the award of the Nobel Prize for Physics in 2009 was unveiled on the 20th March 2012. The plaque is mounted on the Anglia Ruskin University building at the Harlow College campus.

The unveiling was performed by Mr Chen Futao, the Minister for Science and Technology at the Chinese Embassy in London.

The plaque was provided by his colleagues at STL. 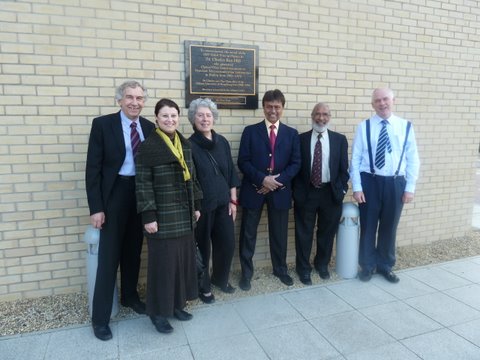